The world is currently experiencing the most rapid rate of animal extinction since the dinosaurs disappeared 60 million years ago. However, unlike natural events in the era of the dinosaurs, today, it’s human activity causing the widespread disappearance of the Earth’s wildlife diversity. It’s clear why the theme for this year’s Earth Day, 2019 “Protecting Our Species,” is an important one for us to explore.

By driving the global transition to clean power, the solar community already plays a significant role in conservation efforts. That said, in order to remain as defenders of wildlife and environmental sustainability, the solar industry must take a conscientious and smart approach to its growth. 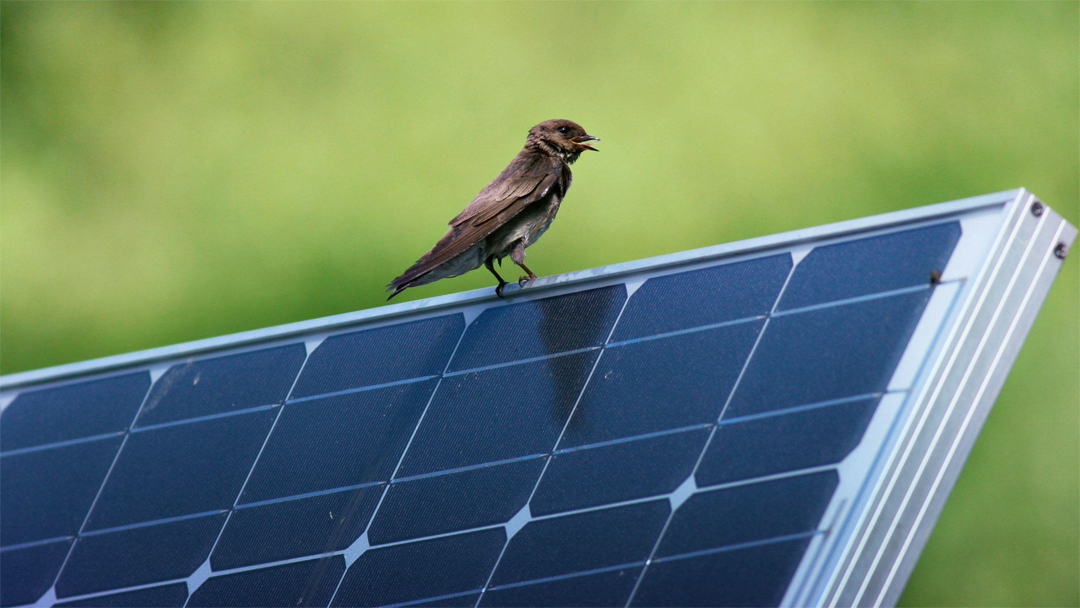 One of the most direct ways in which solar energy helps to protect wildlife is by reducing greenhouse gas emissions, which cause climate change. The effects of global warming, including rising sea levels and warming water temperatures, frequent and severe drought and desertification, have a devastating effect on wildlife from arctic penguins, to fish living among coral reefs, to desert tortoises, and many more species. According to research from the World Wildlife Fund (WWF), if carbon emissions continue to rise at the current rates, half of the plant and animal species in many of the world’s key habitats, including the Amazon and the Galapagos, could face extinction by the end of the century. In 2016, the Bramble Cay melomys, a small rodent that lived on a low-lying island off of Australia, became the first species scientists believe to have gone extinct due to climate change. With sea levels continuing to rise at the fastest levels in the last 6,000 years, many more wildlife species are at risk.

Electricity generation using fossil fuels such as coal and oil is the largest source of greenhouse gas emissions, accounting for about 25 percent of global emissions. However, we can significantly reduce that number by transitioning electricity systems to solar power and other clean, renewable energy sources. Solar PV generates a mere 48 grams of carbon emissions per kilowatt of electricity generated, compared to coal’s 1001 grams, oil’s 840 grams and natural gas’s 469 grams per kilowatt hour. These figures underscore the significant impact that innovations such as Sun Exchange, which remove barriers for solar proliferation, can have on combating climate change, and therefore, on protecting wildlife. And that’s without even considering the impact that harmful air pollution caused by burning fossil fuels has on the health of vulnerable species.

However, none of this is to say that the solar industry should proceed without caution. Valid concerns have been raised about the impact of solar development, particularly large- and utility-scale solar, on wildlife and its delicate habitats. While Sun Exchange projects tend to be significantly smaller in scale, this is a key reason we carry out an extremely thorough due diligence process on any solar project we host, carefully assessing environmental impact, among other factors.

As an industry that takes pride in its leadership in sustainable and resilient development, it’s critical that we carefully consider and proactively mitigate solar’s impact on the environment and wildlife. First and foremost, by taking advantage of roof space and other developed sites such as parking lots for installing solar facilities whenever possible. It’s the best way to avoid habitat disruption and species displacement altogether. As stated in research from the University of California’s AridLab, for solar projects in rural areas where roof space may not be available, alternative siting options to reduce impact include using former landfills, former agricultural sites and previously disturbed lands. In addition to smart siting practices, consideration for wildlife and the environment must be at the forefront throughout development and construction processes.

Anyone who wants to honor the world’s biodiversity and help protect wildlife this Earth Day should consider going solar. The great news is that with Sun Exchange, going solar is simpler than ever. You don’t need your own roof space nor a ton of money. All you need is approximately USD $6.00 and an internet connection. Our next crowd sale for the Wynberg Boys High School solar project will be live next week, and it’s your opportunity to take part in the solar revolution. For organisations looking to reduce their environmental footprint by installing solar, we can help you do so easily, quickly and affordably -- get in touch with us at [email protected] to learn more.

Back to blogs
Legal DisclaimerPrivacy PolicyTerms of ServiceVulnerability Disclosure PolicyPOPIA